Each year Specialized makes predictions for what the year has in store for property managers according to the economic trends. While many predictions made in January are often forgotten by December, our Fort Worth property management team decided to take a look at the 2016 predictions to see how many of them were correct.

This prediction proves to be mostly right as the supply of homes dropped to 4.6 months from the previous year’s 5.7 months, and the number of existing homes grew only slightly in 2016. With foreclosure inventories down to approximately 340,000 nationwide, the opportunities for investors to find new opportunities was a bit lower than in previous years.

In January 2016, it was predicted that this was the year for Millennials to start to move out from their parent’s homes and begin forming their own households mostly in rental units. However, through September of 2016, only 1.16 million households were created as opposed to the 1.91 million in the same period of 2015. Homeownership also fell to a national low of 63.5% throughout the year.

At the beginning of the year, the national vacancy rate was 5.2 percent for a three bedroom single family rental home. According to RentRange, this prediction was correct as vacancy rates fell from 5.4% Q315 to 5.2% Q416.

At the end of Q316, an average three bedroom single family home was renting for $1,459 which represents a 4.8% increase over the previous end of year national rent rate average of $1,393. Though the consumer price index was up to 1.6% in October 2016, it was not up enough to outpace the rise in rent rates, making this prediction also true.

Fort Worth property management companies benefitted from these predictions as the local market continued to grow. Our local property managers Ft. Worth team is available to help you understand the market and look forward to the coming year to get the most out of your investment. Contact Specialized today! 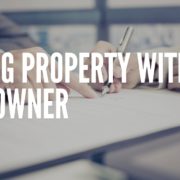 How Realtors Can Partner With Fort Worth Property Management

How To Reduce Maintenance Costs On Your Rental Home

Tenant Retention Tips From Your Fort Worth Property Management

Want to join the discussion?
Feel free to contribute!